This Was a Storm That Did Not Discriminate 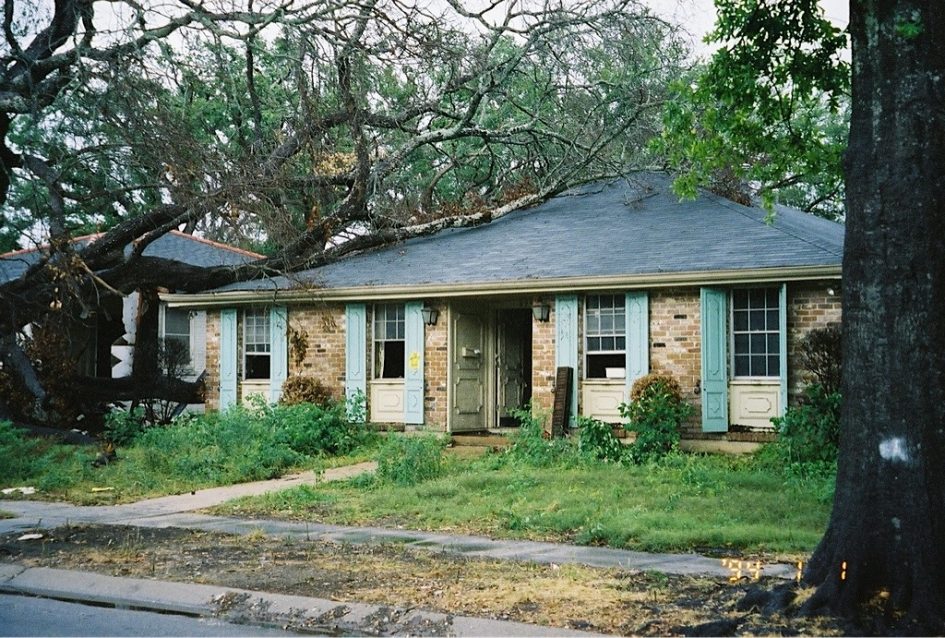 In 2005, Hurricane Katrina plowed through Mississippi and the Greater New Orleans area.

A post-Katrina housing crisis story that did not make many initial headlines was the recovery of the middle-class community.

The commonality in Orleans parish, Louisiana, is that everyone lost because of Katrina, regardless of ethnicity or socioeconomic status. However, some were able to rebound sooner than others.

In the Greater New Orleans area, Orleans parish suffered the most damage primarily due to flooding as a result of the levees breaking.

It is now 10 years post Hurricane Katrina and parts of this city are still recovering.
“Most coverage by national news media was what I call parachute journalism,” said Mark Schleifstein, co-writer of “Washed Away” and environmental reporter for The Times-Picayune.

“They went to the Super Dome and that was not the whole story,” he said. “The story was much broader and much more extensive and was more class than race oriented.”

Mass media’s initial focus on the situation at the Superdome led audiences, unfamiliar with New Orleans’ demographics, to believe that the response effort was a discrimination against poor African-Americans during the emergency response.

According to the U.S Census Bureau, the population of African-Americans in Orleans parish was almost 68 percent in 2005 before Hurricane Katrina, while the white population was almost 27 percent.

While there were already underlying racial issues in New Orleans, the broader issue was based on socioeconomic status.

“The program most people talked about was not the FEMA program, but actually the Road Home program,” Shleifstein said.

The Road Home program was designed by the State of Louisiana, the U.S. Department of Housing and Urban Development, and the Federal Emergency Management Agency in order to provide opportunities for people who had owned houses prior to Hurricane Katrina to receive up to $150,000 to rebuild their homes, said Schleifstein.

He said eligibility was based on home value, minus the flood insurance of the homeowner. In addition, the homeowners must either sell their home to the state or spend additional money on an inspector to begin the rebuilding process.

Since Katrina, the median income gap among white and African-American households has widened to 18 percent, according to the Urban League report.

The Urban League’s most recent report in 2013 revealed that the median income for white households is now $60,553, while it is $25,102 for African-American households.

“Most of New Orleans came back whether they were rich or poor,” said Bob Marshall, a Pulitzer Prize-winning reporter now with The Lens in New Orleans.

Marshall said New Orleans’ lack of resources created a diaspora effect.
“The city didn’t offer many services to help the poor,” he said. “So much of the poor relocated to other cities that could help.”

According to the U.S. Census Bureau, the Lower Ninth Ward is one of the most impoverished neighborhoods in New Orleans.

“The mayor’s decision was essentially to focus on restoring the middle-class neighborhoods first,” Schleifstein said. “And the Lower Nine was not that, so it was last on the list.”
With a housing crisis for those stranded in a flooded New Orleans, people should have began receiving the FEMA mobile homes within a few weeks after the application process, according to FEMA.

According to a New York Times article, FEMA only placed 109 families in Louisiana into those homes within the first month due to the extensive process of delivering trailers. FEMA provided temporary housing in four different cruise ships to house up to 8,116 residents altogether.

A subcontracting supervisor who spent nine months in southern Louisiana delivering and inspecting over 150 temporary trailers said the distribution process could have been more timely and cost-effective.

Edmund Nettles of Darlington, S.C., said it would have been more logical if he could have helped set up and inspect the same trailers he had delivered.

“Some days I would haul a trailer several hours to a site, then have to drive across town to set up or inspect a completely different trailer,” he said. “It could have been a lot more organized.”

He said basic steps for setting up a trailer required sewage, electrical and water resources and some locations did not have these basic resources available yet, such as the Lower Ninth Ward.
“We were probably a success story of FEMA,” said Nancy Hebert, a resident of the Gentilly neighborhood. “We received our trailer real early in the game.”

Nancy and her husband George Hebert, a Caucasian middle-class family, have been in the Orleans and Jefferson parishes their entire lives.

George Hebert, a doctor of psychology and assistant professor at Louisiana State University’s Health Sciences Center, said he had been working his new job at LSU for only 28 days when Hurricane Katrina made landfall.

“If I had stayed with my previous job at Orleans Parish Schools,” he said. “I would have lost my job.”

The couple said they evacuated for Hurricane Katrina with Nancy’s parents and an elderly couple in the neighborhood.

All their homes suffered severe flood and wind damage.

George and Nancy said they immediately completed all of the paperwork for insurance purposes for Road Home and federal assistance, such as food stamps and temporary housing from FEMA.
“We spent weekends in the FEMA trailer since we started renting a home in Ponchatoula, Louisiana,” George said. “Then by April 2006, we lived in it for a month while we remodeled the flooring in a neighboring home we purchased.”

The Hebert’s home had too much damage to remodel, so they had to completely rebuild the home, Nancy said.

“We decided to buy the neighbor’s lot to extend our lot,” Nancy said. “But we got to the point of tears dealing with the city about rezoning.”

Nancy said they had no issues logistically with federal help, the Road Home program, or waiting on insurance money, but rather had long waiting periods with the city.

According to Mark Schleifstein, the local and state government worked more fluidly with middle-class families in comparison to lower-class families who did not have the prior savings for an emergency to use for rebuilding.

“One of the reasons why so much of the suburban and poorer parts of this town were rebuilt was not because of the government, but because of church groups and other nonprofits and organizations,” said Bob Marshall.

Marshall said this response was because of the media focus on the poorer communities that needed help.

According to a Data Center Research report based on New Orleans households receiving mail, neighborhoods that experienced the most severe damage from Hurricane Katrina, including the Lower Ninth Ward, experienced a 30 percent growth rate between 2010 and 2015.

“We probably drank too much after the fact,” Nancy said laughingly. “We just hope and pray there won’t be another Katrina.”