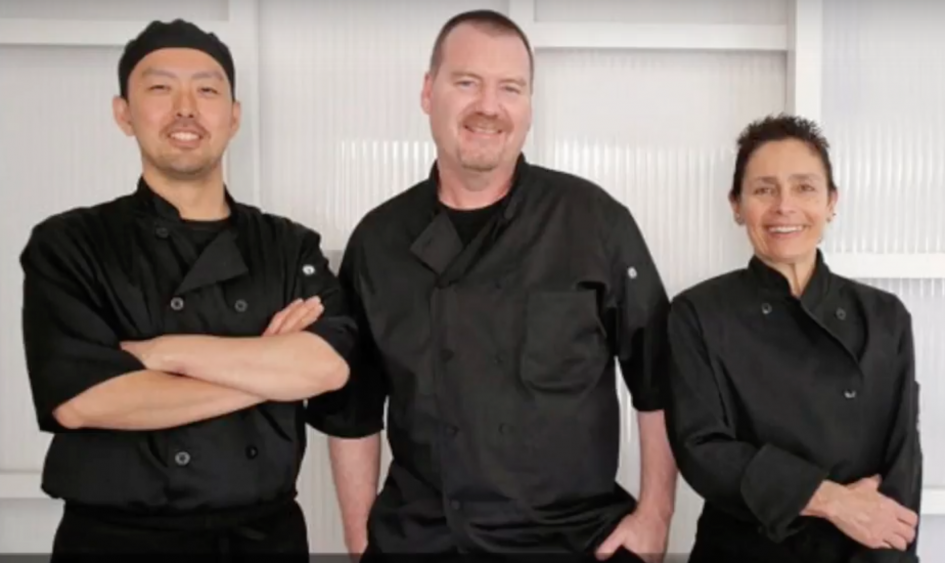 Jambalaya, gumbo, and po boys. If those dishes don’t make a person’s stomach rumble when looking for traditional New Orleans cuisine, nothing will. Juicy chicken, sausage and shrimp send people’s taste buds on a mouth-watering journey when simply thinking of the savory flavors.

However, enjoying these cultural dishes would be put on hold when the restaurant business took a downward turn after Hurricane Katrina devastated the region in August 2005.

Destroying several parishes in southern Louisiana, the rebuilding process weighed heavily on restaurant owners’ minds. The thought of rebuilding was challenging for residents, and even more so for business owners.

Before Katrina tore through New Orleans, there were approximately 600 to 800 restaurants providing jobs for New Orleans residents.

Leaving behind their careers was a difficult, but necessary choice for a large majority of people.

Despite the obstacle of rebuilding after the United States most costly storm to date, those who left opened the opportunity for people looking to help recreate and rejuvenate the New Orleans area to come in and take their place. With this, there are more vegetarian restaurants than before the storm.

“There are more restaurants open today than there were prior to Katrina,” Deveney said. “That was true within the year and a half after Katrina, that more restaurants were open even when our population was still a fraction of what it had been before Katrina.”

Due to the rich food traditions in New Orleans before Katrina, vegetarian options were limited. Now, places like Carmo can be found for those with dietary restrictions. Traditional food, such as a po boy, can be transformed into a meatless dish for those who don’t eat meat.

Meat is a popular ingredient in almost all Deep South recipes. If the recipe doesn’t call for a meat product, then the food is commonly cooked in pork fat.

Vegetarian and vegan individuals have to be more resourceful when it comes to dining out in New Orleans.

A restaurant that considers those restrictions, while still providing food options for meat eaters, is rare, but not impossible to find.

When relocating to a new city, timing is everything.
In the summer of 2005, Dana and his wife, Christina, arrived in New Orleans from San Francisco.
“I worked with a number of different organizations down here,” Dana said, “a lot of nonprofits and arts organizations, including the Southern Food and Beverage Museum. At a certain point, we realized most of our clients were here in New Orleans. We decided to switch it up and move to New Orleans. We still had some San Francisco clients, but we figured that it would be easier, and more preferable to set up shop here.”
With the intent of opening a tropical cafe, the search for a restaurant location began.
However, Mother Nature had plans of her own.
In August 2005, debris and water damage affected the majority of New Orleans, and the search for a location was temporarily delayed.
Making the decision to stay in New Orleans despite the reconstruction and lowered tourist activity, Dana and Christina opened a catering business while searching for a place for their dream restaurant.
“We had been looking for a space pretty much continuously since we moved here,” Christina said. “It really takes a while to wait for the right opportunity to present itself.”
Being inspired by his father, Dana shared why he wanted to keep his goal alive.
At the age of 11, Dana began working in his parent’s Mexican restaurant waiting tables and eventually cooking in the kitchen.
In college, Dana studied music composition. He said food and music were similar because they help your mind escape and allow you to express a narrative in a thoughtful way.
“A lot of it has to do with what food means, and how it brings people together,” Dana said. “It’s all about connections. Being able to bring that idea to diners, the idea of connecting them to the food, part of which involves the narrative. Also, part of that involves making sure our connection to the fishers and farmers, all of our producers is a strong relationship so that we can extend that all the way to the people who come into the door.”
Dana and Christina spent five years searching for the location that would suit their needs for the restaurant they had envisioned while maintaining their catering business.
In 2010, Dana and Christina found the hidden gem that would become Carmo a tropical cafe.
“This place opened up, and we jumped into it,” said Christina, “and we have been here ever since.”