Rebuilding New Orleans: The Role of Local Nonprofits in Restoration and Rehabilitation Efforts after Hurricane Katrina 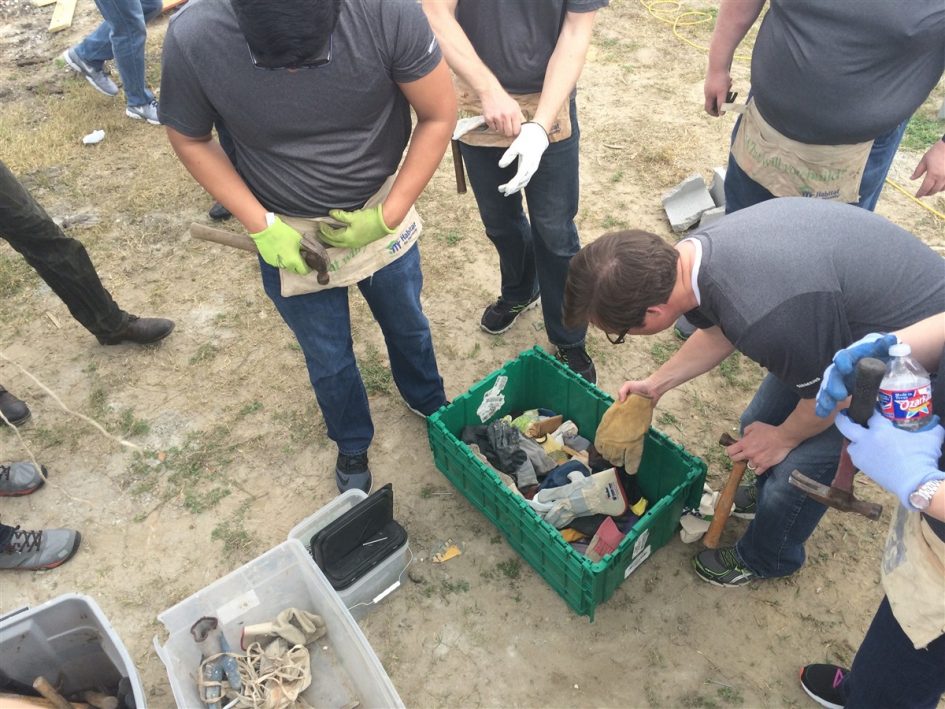 New Orleans is known for its unique sense of culture that stems from a close knit, generation spanning community. When Hurricane Katrina unleashed unimaginable devastation on the city, New Orleans residents were forced to scatter across the country to find shelter. Stories of the ways local, state, and federal government failed New Orleans are plentiful. Less known is the role that local nonprofit organizations took in restoration efforts. While media focused on the scandal and corruption rampant in government response, these nonprofits quietly ducked under red tape and began the slow, patient work of rehabilitating the devastated city.

One such nonprofit is Unity of Greater New Orleans, a collaborative of over 60 organizations serving the city’s homeless population. Martha Kegel, Unity’s executive director, realized that the inequity perpetuated by the government response to the crisis meant that those who were homeless prior to Katrina and those made homeless by the storm were at risk for long term instability.

“It was already apparent that the city had no plan to help poor people, let alone the homeless. The needs of these people were not high priority. National media fixated on the struggles of the poor and the government’s slow response, but eventually flipped to blaming the victim – asking why people didn’t get out,” said Kegel. Without nuanced understanding of the myriad reasons why so many of New Orleans’ poor did not evacuate, it was impossible for the media to accurately represent their struggles.

In the years after Katrina, Unity developed a long term recovery initiative to address a problem seemingly forgotten by the media: thousands of people living in abandoned buildings in New Orleans. According to a 2010 report compiled by Unity, 75% of abandoned building dwellers were survivors of Hurricane Katrina, and most had been stably housed before the storm. Unity outreach workers canvass city blocks searching for people residing in derelict properties who are willing to receive assistance from Unity. Those who agree to enter Unity’s programs begin the slow process of moving toward stable housing.

“The lack of coordinated evacuation plans meant much of the New Orleans poor and homeless population was left behind,” said Kegel. This coupled with continued inequity in the distribution of disaster relief and recovery funding meant that some of the most traumatized New Orleanians received the least government help and were left to linger in abject poverty unless nonprofits like Unity stepped in.

While Unity was working to eliminate homelessness, the New Orleans Area Habitat for Humanity (NOAHH) was leading the charge in the construction of affordable housing. Due to Habitat for Humanity’s trusted reputation, NOAHH received an influx of funding and volunteers after Katrina.
“After the storm, the government and military didn’t plan for the role of volunteers,” said Marguerite Oestreicher, Chief Advancement Officer of NOAHH. “People care, people are generous — they want to help. We ended up building a facility for volunteers to help manage the wonderful resource that they were,” Oestreicher said. Since the storm, NOAHH has organized an average of 10-12,000 volunteers each year, and was the largest home builder in Louisiana in 2007 and 2008.
Hurricane Katrina brought the deeply entrenched problems of New Orleans’ wealth disparity to the forefront of the rebuilding conversation. “The cost of shelter versus income here is almost the highest in the country — many people pay over half of their income toward shelter. In a city of low-income renters with no checking accounts, savings accounts, or credit cards, people were at a loss once they were displaced,” said Oestreicher.

NOAHH knew affordable shelter would help bring people back to New Orleans, but wanted to make sure the process of home ownership was a sustainable endeavor for all of NOAHH’s partner families. As such, partner families go through training for financial literacy, personal finance coaching, education on maintaining a home, and are asked to contribute “sweat equity” by helping on the construction of their homes. When asked what it meant to have a home, a member of a NOAHH partner family said, “Home to me is being at peace. Being comfortable with friends and family. The comfort of being around them. The happiness of that comfort.”

New Orleanians are strong, resilient people. Each has a unique story that weaves together with those of their families and neighbors to create a rich cultural tapestry. New Orleans nonprofits have the local ties and knowledge to understand this depth of history and culture that gives New Orleans such a distinct heritage. Honoring these stories while restoring peace, comfort, and community to a devastated city is ongoing but worthwhile work. Organizations like NOAHH and Unity offer New Orleanians the opportunity to reclaim their sense of place with dignity. Rather than forging ahead after Katrina and trying to sweep the tragedy under the rug, these nonprofits fight to keep the lessons from Katrina at the forefront.