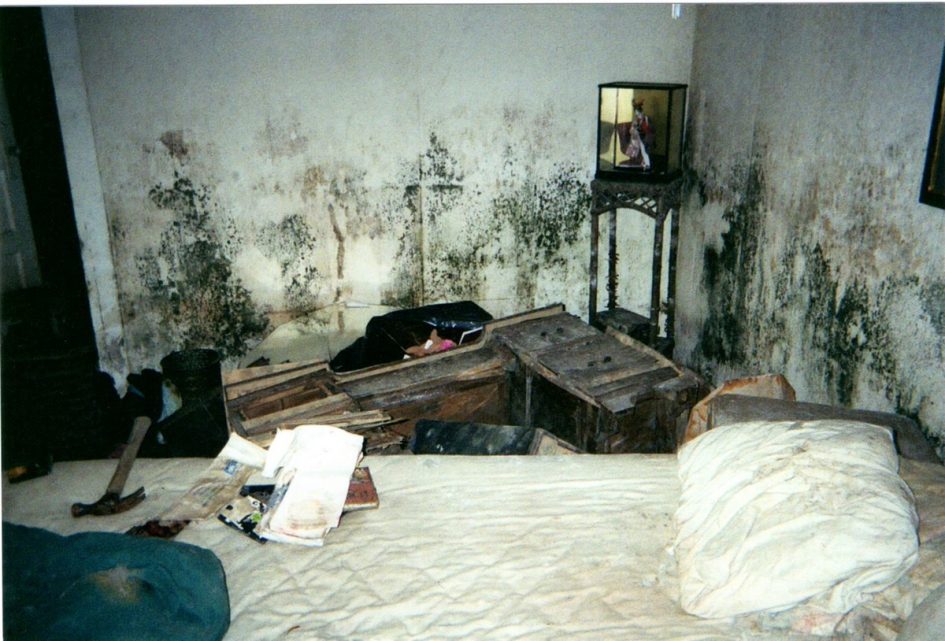 More than 10 years ago in August 2005, the Southern coastal states of America witnessed one of the most devastating and costly hurricanes in U.S. history.

According to The Bookings Report in 2012, there is no concise number of displace residents due to Hurricane Katrina. But reported numbers from home placement organizations, such as the US Department of Housing and Development, estimates between 1 to 1.5 Million from New Orleans.
Many survivors say they’re dealing with the trauma of such a storm. Many are still dislocated and rebuilding in other parts of America.

“Over 100,000 black people did not come back,” said Imhotep Dlanod, 49, a native of New Orleans, currently residing in Asheville. “I found that out in Houston, you had better wages than you did in New Orleans.”

According to The Data Center, a nonprofit independent analysis for informed decisions in Southeast Louisiana in 2000, African-Americans topped as majority within New Orleans at 66.7 percent. In 2014, that number drop over 7 percent to 58.8.

New Orleans still face many disparities among different classes of people, making the return to back home less worth it in some eyes.

“Many did and many did not (come back) because it took so long to be able to move back,” said Marie Ramsey, an assistant manager within the Asheville tourist industry. “You’re talking a couple of years before it was even reasonable to move back. So many people just went on with their lives.”

Fast-forward, now heading in the 11th year post-Katrina, both Dlonad and Ramsey retell and reflect on their experiences.

“It took us a total of five days to find everyone,” Dlonad said.
Dlonad and the band he drummed for, Zulu Connections, were headed for a gig in Michigan Friday before the storm hit.

“Music, all my life has settled my mind, kept my mind from going out of order,” Dlonad said.
As a professional musician and teacher, Dlonad is known for playing and teaching a variety of musical genres and drumming styles.

“It just threw your mind out of balance that you couldn’t go back to your own home,” Dlonad said. Going on to say how the rent was unreasonable unless you were in a job like construction.
Katrina took responsibility for an estimated 1,833 deaths and more than $108 billion in destruction cost, according to the National Oceanic and Atmosphere Administration.

The Federal Emergency Management Agency, provided about $200 for Dlonad and his 11-year-old daughter to survive on. He received much of his help from different grass root organizations and mutual connections.

Dlonad traveled from Houston, Texas, to Atlanta, before arriving to Asheville.
It was old friend who extended a warm hand from the mountains. The peaceful atmosphere made it hard for Dlonad to leave.

Luckily, having a musical talent that is not widely taught, Dlonad has been able to find work where ever he goes once he realized returning home would not be possible.

For Marie Ramsey, 53, it was a little bit of love, family and culture that brought her to New Orleans in the summer of 2005.

“We actually had to save a couple of years to actually make it to New Orleans,” Ramsey said. “We were there, living only 2 ½ months (before Katrina). It literally took everything we saved to move there and everything we owned was gone.”

Ramsey is no amateur when it comes to relocating and starting over.

Living in three different countries, Ramsey grew up in Switzerland, spent time in Germany, and live a little over a decade in Miami.

“The fact of moving around a lot and having to start over, I was a pro at that,” Ramsey said. It was losing all the pictures, family antiques, love letters, that was actually worse than material things.

“We evacuated at 7 o’clock on Sunday morning the day the storm happened,” Ramsey said. Spending everything they had to move to New Orleans, the couple had to start over from scratch.
“We didn’t have renter’s insurance,” Ramsey said. Not able to pay for hotel weeks on end, family and friends pitched into help.

The National Flood Insurance Program is Congress’s response to the increasing monetary damages caused by floods, federally supports communities that are willing to agree, adopt, and enforce the floodplain ordinances set in order to reduce future flood damages.

Instead, Ramsey ended up spending over a week in a hotel in Atlanta. She recalls, the American Red Cross covering about $500 and having to wait months and go through tremendous paper work to receive FEMA aid.

When looking to start over, Ramsey was highly referred to Asheville because of her Swiss heritage.

“Asheville gives me true sense of belonging,” Ramsey said. “We were looking for something more peaceful and more nature oriented.”

Although she is moving forward with life, Ramsey recalls returning to New Orleans in 2006.
“The people who live in Asheville would understand the city had a specific vibration and energy,” Ramsey said. “It was the history, the music, it was a lot of eccentric people. (After Katrina) everything was tossed up in the air, so it felt completely different.”

Today, New Orleans is reshaping and rebuilding itself but to a different demographic and culture than the one familiar to Dlonad and Ramsey.

“That money should of went back into the city. We don’t need a bigger street car line. We need our houses back. We need our neighborhoods back,” Dlanod said.

Ramsey agrees and says the old feeling was gone, a feeling she fell in love with upon arrival and a short stay.