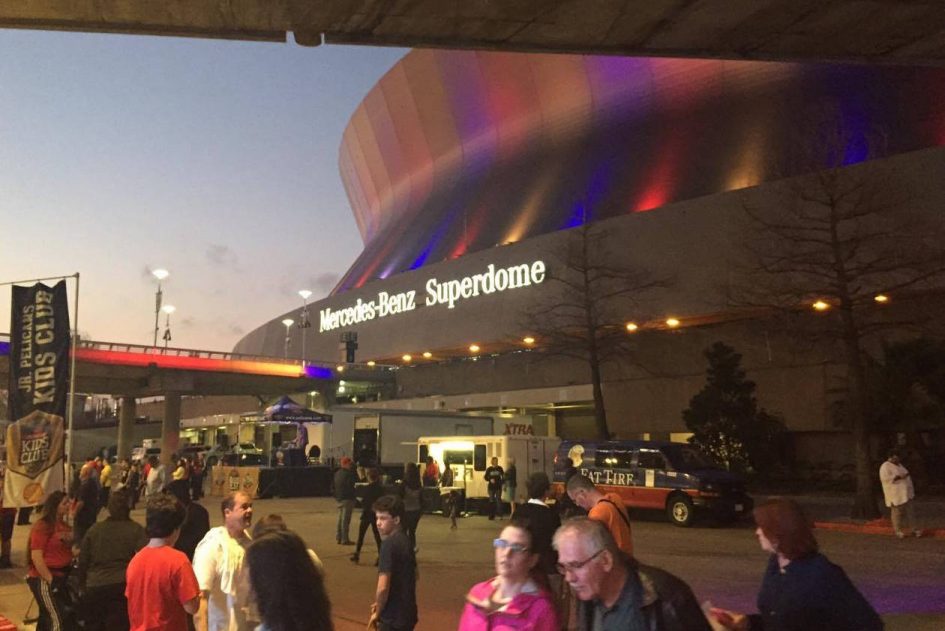 When it comes to sports, everybody loves their hometown team. When the New Orleans Saints returned home after Hurricane Katrina devastated New Orleans, it created an emotional bond to the Saints few sports fans will ever know. That bond still resonates more than 10 years later.

“Between the Saints returning and just being able to open the building, it became this emotional thing. There is an emotional tie now that has persisted the last 10 years,” Ted Lewis, retired The New Orleans Advocate sportswriter, said. “People who move here and visit here say they have never seen an emotional tie between a team and a community like there is with the Saints.”

Prior to the storm, the natives of New Orleans were pretty down on the Saints, Lewis said.

They hadn’t qualified for the playoffs since the 2000 season, which ended in a second-round playoff blowout loss at the hands of the Minnesota Vikings.

“They had had about four or five straight losing seasons. Attendance was down, season tickets were down and just everything was down. People were mad about it,” Lewis said.

The Saints played two preseason home games in the Superdome before being forced to evacuate due to Katrina. The team relocated to San Antonio, Texas and split the rest of their home games between the Alamodome in San Antonio and Tigers Stadium at LSU.

“When the Saints went to San Antonio right after, nobody knew what was going on. No one knew what the future would bring,” Lewis said. “A lot of people were calling to tear down the Superdome. People were saying this city is uninhabitable. They were saying we should all just give up on the city and move to the North Shore, but that was never going to happen.”

Tom Benson, owner of the Saints, on the other hand, had a lot of business interests in San Antonio, Lewis said.

“Benson started talking with the mayor and saying things like, ‘If things don’t work out in New Orleans, then we’re going to move the team here,’” Lewis said. “It took the NFL stepping in and telling them they were going to rebuild the Superdome, and you’re not going to put us in the position of saying the NFL is deserting this city.”

Benson and his wife Gayle, who are both from New Orleans, knew the people in New Orleans needed something like the Saints to help everyone get their confidence back.

“We had moved to San Antonio, not permanently, and we were doing very good there. The people were supporting us and everything like that, but we just couldn’t let New Orleans down,” Benson said. “We knew that if the Saints weren’t here, soon it would become a second-rate city.”

The Saints were making overtures about San Antonio and when those overtures began, the Saints got some audience, Bill Curl, former public relations director of the Superdome, said.

“There were people here who were very, very, pardon me, but pissed about that and will not forget it. I’m one of them,” Curl said. “The threat of taking away our team with what we were going through seemed unscrupulous.”

During the season in San Antonio, the Saints were not a forgotten entity in New Orleans, but they weren’t of paramount importance either with people trying to get their lives back together, Curl said.

“They played a game in Baton Rouge that didn’t draw very well. They moved all over the country playing their games. Any of their scheduled home games had to be played away. It was a very tough season,” Curl said. “They weren’t very successful, but they were still our Saints.”

With the Superdome seemingly under fire to get up and running again, the intention was to get the dome back open in Nov. 2006 so the Saints could backload their schedule to get around eight home games out of it and still hold their other regular big events, Curl said.

“The NFL commissioner came to visit and was speaking with officials about how the dome was coming along and they did such a good job convincing him, that he decided they would open the dome for the start of the season,” Curl continued. “They even wrapped a giant sign around it that read ‘Reopens September 25, 2006,’ so we had our feet to the fire to get it finished.”

What nobody realized at the time was that Sept. 25, 2006 would turn out to be one of the most important dates in New Orleans history, Curl said.

No one could have expected the turnout they would get with over 70,000 people in attendance and 10,000 more standing outside for the reopening events, Curl said.

“People came in very early, I think for two reasons. One was to make sure they could still find their way around, and the other was to go to their seats for mostly season ticket holders. They would see one of their friends over here or their neighbor over there,” Curl said. “These were the people who you sat through all the games with who you hadn’t seen in over a year since the storm. There was a bunch of hugging and crying. It got to the point for me where when you saw someone you would just look them in the eye and that would tell you if they wanted to talk about it or not.”

The opening game back in the Superdome was a match-up against the division rival Atlanta Falcons.

The Falcons received the opening kickoff and quickly went three-and- out.

Just 90 seconds into the game, Atlanta elected to punt the football on the fourth down.

Steve Gleason, former safety and special teams player for the Saints, found a hole right up the middle and blocked the punt into the end zone where Curtis DeLoatch fell on it to give the Saints a 6-0 lead.

“I can’t imagine a situation where one event or one play in a sports event has impacted an entire city like that did,” Curl said. “I mean there have been instances where teams win the Super Bowl in overtime and everybody is happy, but it turned this city around.”

When Gleason blocked the punt, the entire crowd came to its feet and started cheering and hugging and smiling. It was a 180-degree turn in emotion and it didn’t stop until an hour after the game, Curl said.

“It became a New Orleans party like we do so well. It was just an incredible outpouring of joy. Out in the neighborhoods, they were doing the same things,” Curl said. “I really think the spirit of New Orleans was resuscitated on that one play.”

After that, the Superdome and the Saints became a symbol of the recovery, according to Lewis. It was a symbol that even though everything wasn’t back up and running, if they could get that back, then they could get the other things back, as well.

“Starting with that reopening, people here put there arms around the Superdome and said ‘This is our building and you’re never going to take it away’ and took pride in what was going on inside with the teams,” Curl said.

The Superdome was added to the National Register of Historic Places on Feb. 5, 2016.
“There was a tremendous amount of loyalty to a building, which is a pretty rare thing when you think about it. The relevance of the events at the Superdome to this city took hold stronger, especially in sports and that carries on today,” Curl said.