Documentarians of Darkness: Creatives on Horror, Hauntings, and Hurricane Katrina 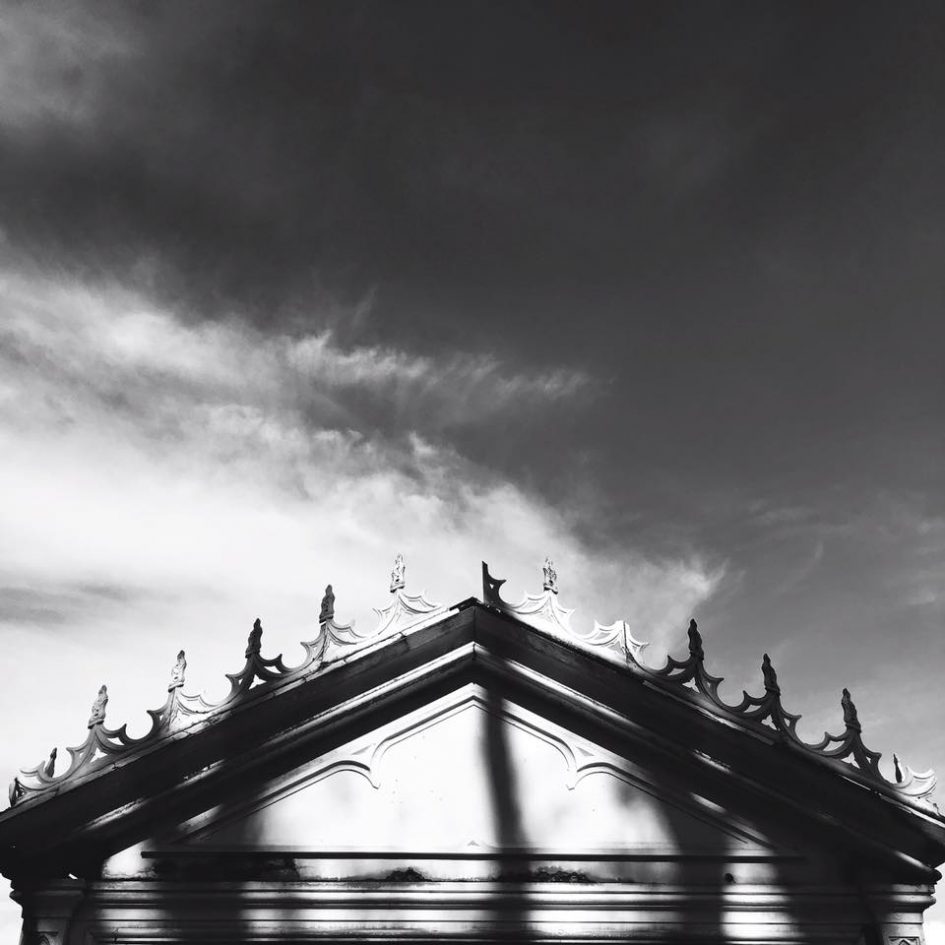 The Storm From Next Door

Jason Virgadamo was still in nursing school when Hurricane Katrina hit in 2005.
While completing clinicals at the University of Texas Medical Branch (UTMB) in Galveston, he recalls many hospitals overflowing due to efforts to accommodate additional patients from Louisiana and Mississippi.

“We already had enough of a population problem with patients in Houston as it was,” Virgadamo said.

But even after graduating from UTMB in 2006, he said people affected by the storm continued to seek care in Texas.

“It just didn’t stop. There were still people coming over because there was nothing left for them,” Virgadamo said. “No house, no family. If they had anything, it was just ties of ‘My friend was here, so I came with them.’”

Renfield and the LaLaurie Mansion

While Virgadamo attends to the here and now – he’s an emergency room nurse in Houston, Texas – Renfield Rasputin, his horror persona, prefers to flirt with the afterlife.
Virgadamo said his pseudonym stems from a combination of references – Renfield is a character from Bram Stoker’s “Dracula”; Rasputin, the mystical friend and advisor of Russia’s Nicholas II.
It’s a way to compartmentalize behavior – to separate his craft, which may be misunderstood by religious fellow Texans, from his professional life.

“If I want to write something horrific,” he said, “I say Renfield did it. This way, you can’t blame Jason.”

Rasputin is a horror writer, finalist in many a competition. His work is included in two horror anthologies to be released this year.

But ultimately, Rasputin aspires to be a filmmaker. He began working on his first screenplay, “LaLaurie,” in 2010.

“LaLaurie” explores the infamously haunted LaLaurie Mansion in New Orleans.
On Haunted History’s French Quarter Ghosts and Legends tour, the mansion is the last stop. According to company creator Sidney Smith, the site has borne witness to numerous faintings.
How the LaLaurie Mansion came to be known as one of the most haunted locations in New Orleans is not a tale for the faint of heart.

Having been under suspicion for the treatment of her slaves – it was illegal to mortally wound one’s slaves, Rasputin said – Madame Delphine LaLaurie’s story culminates with the mansion catching fire.

Upon entering the quarters, the fire brigade found seven slaves chained to the walls, remnants of their human forms.

“According to one newspaper,” Rasputin said, “one person had been skinned like an apple… Body parts were in jars.”

Rasputin said he couldn’t understand why a major film hadn’t been made about such a story.
Out of 1200 scripts in a recent film festival, “LaLaurie” was a top-20 finalist.

“I don’t think I’ll be the next Stephen King,” he said, “but I’m perfectly fine with that, because it’s what I enjoy doing.

To Rasputin, it’s all about the craft.

“I know that it comes from the heart,” he said. “And it’s genuine.”

That, said Sidney Smith, is what Haunted History Tours is all about.
Like Rasputin, compartmentalizing has been necessary.

Smith is most recently known as the creator and owner of New Orleans’ Haunted History Tours, established in 1996, but is also well-known for his photography.

In the 1970s, Smith toured with many rock ‘n’ roll musicians such as The Allman Brothers and The Rolling Stones.

On many walls of his New Orleans home, Smith’s work is on display – photographs of musicians and erotica… a lot of erotica.

He is blunt, unfiltered – yet cool and businesslike.

“Marketing and promoting is what I do,” Smith said. “But there’s a whole other side of me that’s the creative side, the artist side of me.”

His passion for his art, whether it be photography, writing, or performing, is immediately clear.

“I got too old and fat to be a male stripper anymore,” he said, a proud grin escaping from the corners of his mouth. “But I figured I could be an old tour guide.”

Smith’s confidence, while often expressed in quips, is not invalid.
Many tour companies in New Orleans have produced eerily similar content to that of Haunted History.

Smith refers to them affectionately as “bottom-feeders.”

“Honestly, if I walked out tonight to conduct a tour with a bag over my head,” he said, “tomorrow night, they’d all be walking out, conducting tours, with bags over their heads.”
To Smith, imitation is far from flattery.

Especially when there are plenty of ghost stories to go around.

“New Orleans does have a reputation of being the most haunted city in the country,” Smith said. “We are a city filled with tragic events… A lot of death, associated with New Orleans.”

Beyond the extensive research behind the several paranormal sites and stories comprising the tours, one can be sure of Haunted History’s authenticity:

“Our city’s history is strange enough,” Smith said; “we don’t have to fictionalize it.”

Despite the city’s ‘haunting history,’ Smith, not unlike many born-and-raised New Orleanians, had not been worried about another hurricane.

It didn’t seem like a big deal, he said.

The Storm was different.

The weekend before Hurricane Katrina struck New Orleans, Smith decided not to evacuate.
He was the only resident in his neighborhood to stay.

Additionally, he opened his home to people who didn’t feel as safe in their own – one of his tour guides, his pregnant wife, and their two young children; his friend Adele and her 80-year-old mother; and many dogs and cats.

Fontainebleau Drive was now a river, slowly but surely creeping into Smith’s house.

The media, he said, perpetuated such images for as long as they could.

The French Quarter, the highest part of the city, was not only never underwater, Smith said, but the area that suffered most from the lapse in tourism.

Smith said he nearly gave up on New Orleans.

But for now, Haunted History Tours is here to stay. Especially since, more than ever, it’s ‘in’ to be haunted.

“Due to my marketing and promotional skills,” Smith said, “now everybody wants to be a haunted location!”